The Easy Parent Communication Plan is a set of six communication rules for co-parents who want to avoid conflict. The Plan can be followed by almost anyone who shares custody of a child. Your copy is available here exclusively and is 100% free.

How does the Plan work?

Think of the Easy Parent Communication Plan as a voluntary code of conduct. When you sign on, you personally agree to follow six rules about how you communicate as a co-parent.

You don’t need the other parent’s permission to start the Plan. And you don’t need them to sign up. Following the Plan is a personal choice. The only requirement is that both parents must be able to communicate with each other in writing.

The Plan minimizes the potential for conflict with the other parent. Your communication style becomes text-based and non-confrontational. All communication from you is controlled and only concerned with your child or children.

Get your FREE copy

What kind of coparenting relationship is it for?

The Plan supports, and is ideal for, a parallel parenting relationship. This is where each parent raises their child quite independently of the other parent.

You should know that the approach doesn't support a close, friendship-based parenting relationship. That's because you avoid face-to-face communication. The Plan instead encourages each parent to focus on their own household and how to best raise a child while the child is in their care.

When you sign on to the Plan, you receive three useful documents by email. First is the Voluntary Code of Conduct. This is the set of communication rules you agree to follow from the date of signing up.

You also receive the Other Parent’s Notification. This is text for you to forward to the other parent. The Notification explains your commitment and what it means for the co-parenting relationship.

The email also includes a Legal Notice. The Legal Notice could be valuable in any custody-related proceedings that might arise, such as mediation or court hearings. The words explain how, by committing to the Plan, you are preventing conflict. 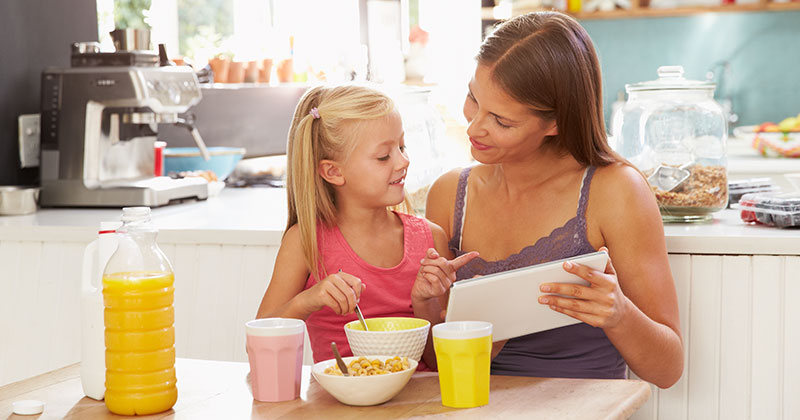 The way you communicate with the other parent is in text or digital form, including email, text message and apps such as Google Calendar. You don't phone up and you avoid face-to-face contact.

Only in exceptional circumstances should you communicate verbally. Possible examples could be a medical emergency, if your child is lost, or when written communication may be too slow or unreliable. Use common sense but always remember that text communication is the strongly preferred method.

If you encounter the other parent socially, avoid conversation. If the other parent rings you, don't answer or politely advise them to message you instead. If they knock on your front door, don't talk to them.

Rule 2: Communicate in a business-like style 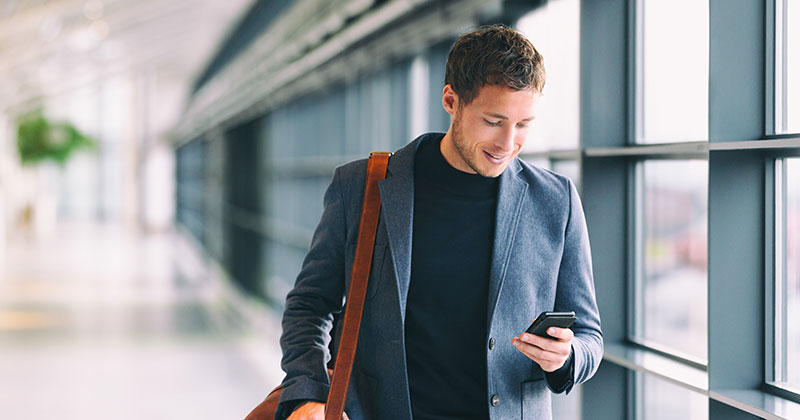 Your communication with the other parent must always be business-like. Be concise and to the point. You simply want to pass on info quickly and without fuss.

Business-like communication also means that your writing is free of emotive language and only concerns your job as a co-parent. Never write anything containing swear words or which could be considered rude or threatening. If you are angry or emotional, avoid writing anything at that time.

Also limit how often you message the other parent. Save it for important stuff (such as when your child is in trouble at school) or to help with logistics (e.g. if you are running late for a handover).

If a message doesn't help the other parent do their job, you probably shouldn't be sending it. If you would not like a police officer or judge to see it, definitely don't send it. Remember, anything you communicate could later be used against you. 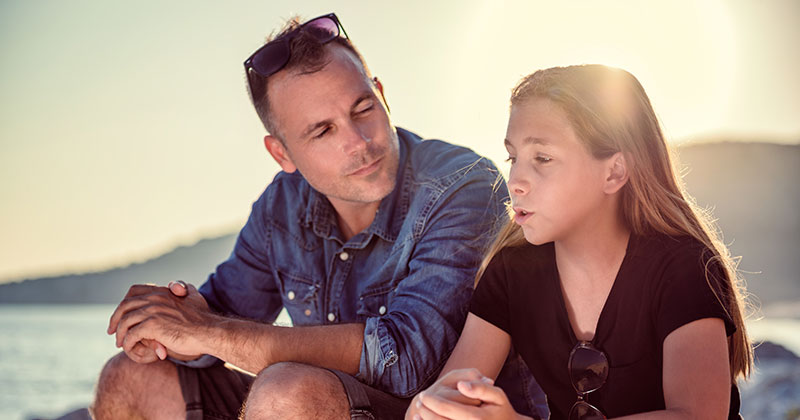 Talking to your child, and being interested in their life, is extremely important. You are relying on your child for feedback and ideas on how you can be a better parent.

Every time your child comes into your care, make it a habit to have some quiet time when you just talk about what has been happening since you last saw them. Tell them what you've been doing and ask them what interesting things have been happening with them.

These catch-up chats are a way to build good communication skills and stay knowledgeable about your child's life. Be consistent. They will learn to offer info without prompting and should become eager to share any interesting or important news.

Being highly involved in your child's life is essential for effective co-parenting in general. It provides knowledge that allows you to be consistent with the other parent. You are able to maintain similar bed-times across homes for example.

Knowing your child also helps you provide balance by doing some things differently to the other parent, such as offering different kinds of meals. You can also mix up your child's at-home activities. If they always play computer games at the other home for example, limit digital time at your place.

Rule 4: Respect the other parent's authority 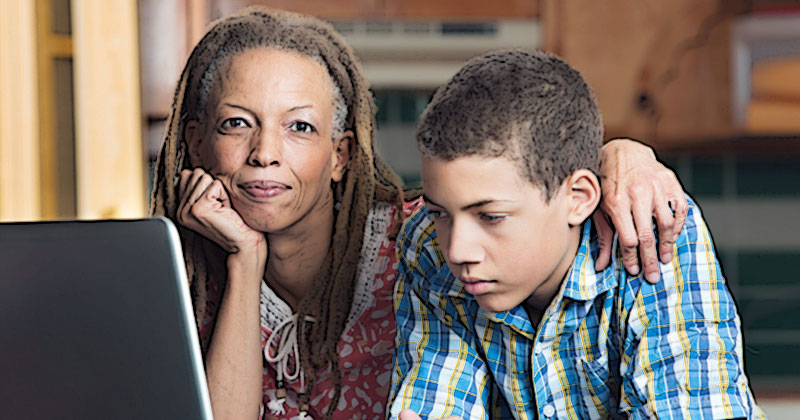 Conflicts arise when people disagree on how things should be done. So take that out of the equation. Communicate in a way that treats each co-parent as individually responsible for their own care of a child.

Treat the other parent as the boss when they have care of the child. Don't tell them what to do or criticize how they go about things. Focus on what is under your control, which is mainly how you raise your child when he or she is in your care.

By treating the other parent with confidence and respect, they are more likely to treat you similarly. If they don't, ignore them. Never respond to criticisms or demands. Eventually, the other parent will learn that you will not be told what to do.

When you feel the need to raise a difficult issue, be diplomatic. Imagine the other parent is a very important person. Think twice before writing anything. Will your input actually help? Is the issue just a matter of opinion? If you still want to proceed, offer useful information in a respectful way.

Crossover activities are things such as sports, lessons and sleepovers that affect the care time of both parents. For example, Johnny's football schedule might have training on your night and gameday on the other parent's Saturday.

If the other parent and your child want to do a crossover activity, the rule of thumb is to support it. Be cooperative. A child should not be prevented from fully participating in crossover activities just because one parent is not in favor.

By following this rule of thumb, hopefully you'll receive cooperation when you and your child want to do a crossover activity that the other parent may not be keen on.

The idea is that the child becomes the decision maker for activities where the parents may disagree. You should check with your child first and then the other parent before committing to any crossover activities. 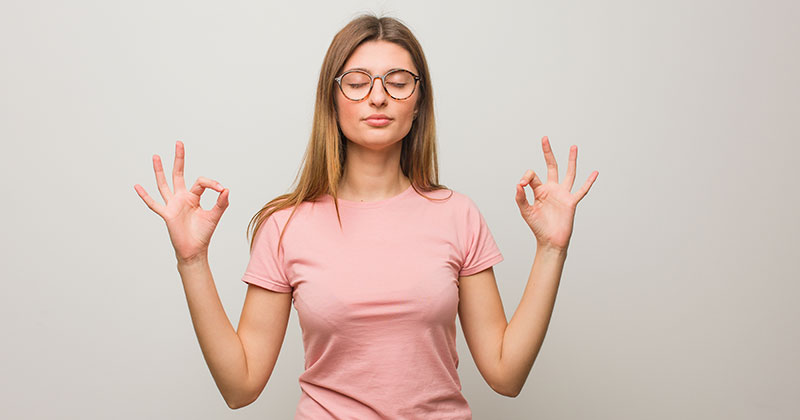 Arguing is never an option. You either (i) agree (ii) leave an issue at a stalemate or (iii) try to settle through mediation.

Intractable disagreement should be rare because of Rules 4 and 5. Examples of possible contentious issues are school choice, or who pays for large expenses such as dental treatment. Even these kinds of potential disputes can be handled by a well drafted parenting plan.

"Arguing" is when one or both parents continue to try to persuade the other. You know it may be starting when you've exchanged multiple messages on a topic. If you are not coming together or offering solutions or compromises, you've reached a point of disagreement.

Continuing to try to persuade the other parent is not an option for you. And you should ignore any further arguing from them.

Attending mediation is a hassle that neither parent would normally want to do. But you should have it as an available tool. Just going once or twice may be enough. You could agree on permanent solutions and the process may encourage greater cooperation in the future. It doesn't require face-to-face contact.

If the other parent refuses to participate in mediation, keep a record of that for legal purposes. The mediator you hire can supply a document to indicate mediation was attempted by you and refused by the other parent.

Get your FREE copy

Child visit transport responsibility... who picks up or drops off the kids

50/50 custody not working... when co-parenting has negative effects on children 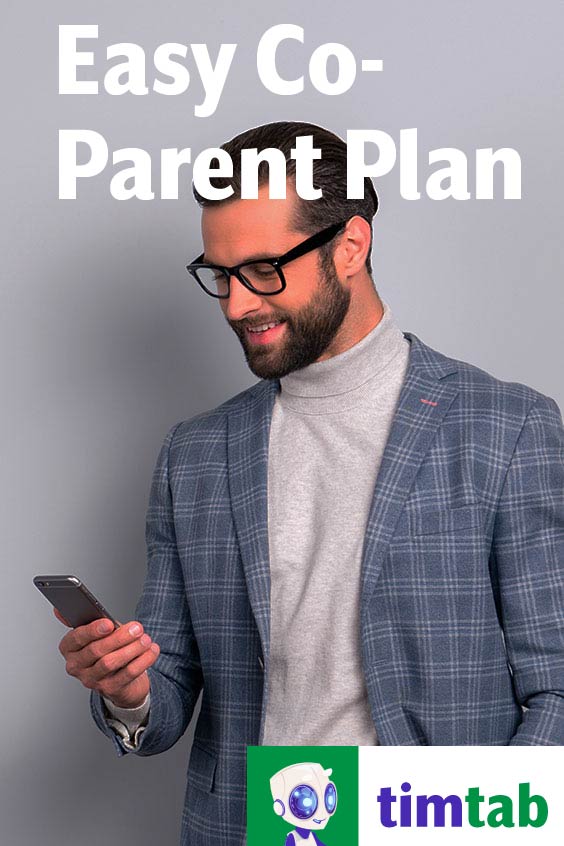